Should I declare ALL my profits to the Income-Tax man?

Should I declare ALL my profits to the Income-Tax man? 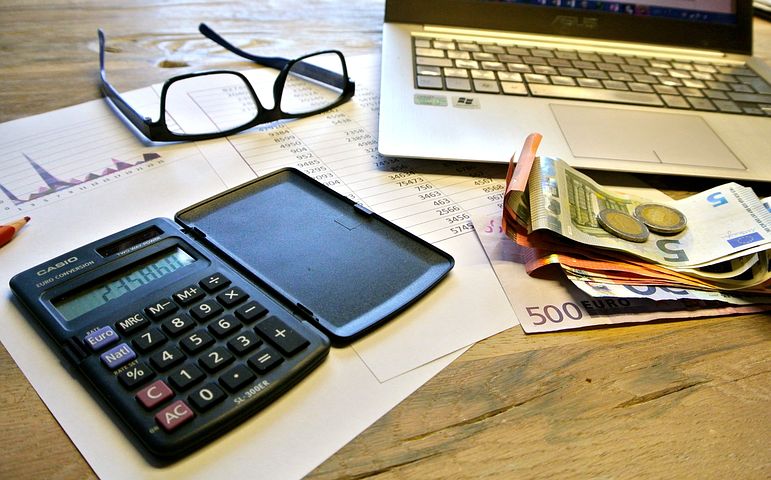 A few families (who are ‘coincidentally’ all Jewish) own – or control – ALL the banks in the world.

These Bankers create money (from nothing) by simply entering numbers into a computer, or by printing patterns and numbers on (worthless) bits of paper! Then these Bankers loan this ‘money’ (that they conjured up from thin air) to governments (which they totally control) and charge ‘interest’ on it!

The governments then spend this ‘money’ they have borrowed on;

Social ‘Health Care’ (‘health care’ is by far the biggest killer of people on Earth).

Of course (deadly) Chemtrails and other nefarious and clandestine operations
(HARRP and others). Military expenses and ‘defense’ against (manipulated) wars.

The never-ending ‘war on Terrorism’ (which is a total fiction).

And, if in the USA, on starting and waging wars against the enemies of Israel,

and on NASA (the Jewish- controlled Black Opps agency) – Space exploration is a
fairy tale
NO ‘Astronaut’ has ever been more than a thousand miles from the surface of the earth).

ALL income tax goes towards paying ‘government’ debts – which is basically the ‘interest’
(profits) for the Jewish owned private Banks.

So, not only do we make them ever more richer – and therefore ever more powerful, we
are actually paying for our own subjugation by these people!

Note; any benign social, municipality projects and services are paid for from ‘Sales Taxes’.

Ah, of course you should AVOID paying income tax by any means possible! In this way
we can eventually reduce the obscene profits of the Bankers – and the power and control
these people have over us.

There is NOTHING noble or patriotic about being an, illegally forced, Income Tax payer.

The richest 1% of people, who could easily afford to pay Income taxes – don’t pay them.
(One reason why they are so rich!). Nor, do the top (Jewish owned or controlled) Corporations.
Hmmm…

Being involved in an Online business makes it easier to avoid paying the invidious and
immoral, evil (and illegal) Income Tax, than being in regular employment.

Read below the TRUTH about Income Tax…

Income tax is not a legal – or moral (or necessary) obligation.

The fact that the U.S. Constitution — a document which all politicians solemnly pledge to uphold and defend — does not even permit a tax on labor, has been concealed from public knowledge.

As hard as it may be for contemporary Americans to even imagine, it was only a single long lifetime ago, 104 years to be precise, that no American, rich, poor, or in between, paid any income tax, at all!

Imagine that! A fast-growing, industrialized, dynamic, innovative, economic powerhouse nation of 100,000,000 people — with a massive and booming middle class; and millions of European immigrants clamoring to get in, get to work, and climb up from the bottom of the ladder — with the Edison-Tesla electrical revolution already operational, and the Ford automotive revolution just getting started, there was no limit to the potential of the vast United States of America of 1913. And just think, the great nation achieved it all without the “blessing” of an income tax or a debt-money central bank — a pair of related evil institutions — both established in 1913 — which today’s “smart people” assure us are indispensable for the proper functioning of a modern state.

How was it possible for America to have become so great without a central bank / income tax system, you ask? Why was the insidious form of debt-money printing and its attendant labor taxation scheme ever instituted in the first place when the country was doing just fine without them?

Well, to the architects of the New World Order, both the (counterfeit) money from the “Fed” and the stolen by force “revenue” (Tax) from the people were absolutely “needed” – to fund the coming, pre-planned and pre-manipulated “Great War” (World War I) and the eventual welfare (control) system which they already had in mind.

In a speech before the Chamber of Commerce, Zionist banking mogul and Rothschild ally, Jacob Schiff, “prophetically” warns:

“Unless we have a Central Bank with control of credit resources, this country is going to undergo the most severe and far reaching money panic in its history.” (Which we will manipulate into being…)

The New York Bankers inflated the stock market with easy loans. Then this lending is subsequently and deliberately tightened and the bubble bursts. Stocks crash 50%. Bank runs follow. The New York Times and Wall Street bankers use The Panic of 1907 to make a case for a European-style Central Bank (as Marx envisioned).

Four years after the 1907 ‘Panic’, Senator Robert Owen of Oklahoma will demand an investigation into the sudden crash. He insists that the Panic was deliberately engineered:

“(The Panic) was brought about by a deliberate conspiracy for the enrichment of those who engineered it….I regard it as treason against the United States….a few men control the power of expanding or contracting credits. This unrestrained power means the power to create panics and coerce this country politically.”

Globo sock puppet – President Theodore Roosevelt, appoints a “bi-partisan” National Monetary Commission to study the causes of the Panic and to make suggestions. The Chairman of the Commission is Senator Nelson Aldrich (whose daughter will one day be the mother of the 5 Rockefeller sons, David, John III, Nelson, Winthrop, & Lawrence)

The main recommendation of Aldrich’s National Monetary Commission is to establish a Central Bank with monopoly control of credit and currency issue. The privately owned Bank would create money out of thin air and lend it local banks and the government at interest.

Aldrich, Paul Warburg, and other agents of the Rockefeller & Rothschild dynasties meet secretly at JP Morgan’s private club in Jekyll Island, Georgia. One of the conspirators, Frank Vanderlip, will, years later, reveal to The Saturday Evening Post:

“There was an occasion, near the close of 1910, when I was as secretive, indeed, as furtive as any conspirator. … We were trying to plan a mechanism that would correct the weaknesses of our banking system as revealed under the strains and pressures of the Panic of 1907.

I do not feel it is any exaggeration to speak of our secret expedition to Jekyll Island as the occasion of the actual conception of what eventually became the Federal Reserve System. … Discovery, we knew, simply must not happen, or else all our time and effort would be wasted. If it were to be exposed publicly that our group had gotten together and written a banking bill, that bill would have no chance whatever of passage by Congress.”

Senator Aldrich introduces a bill to establish a Central Bank (The Aldrich Bill). The scheme (hatched at Jekyll Island) is transparent, and Aldrich’s name is too closely linked to the Money Masters of New York. Congressman Charles A Lindbergh Sr. (father of the famous aviator) declares:.“The Aldrich Plan is the Wall Street Plan. It means another panic, if necessary, to intimidate the people. Aldrich, paid by the government to represent the people, proposes a plan for the trusts instead.”

Opposition to Aldrich’s scheme is so strong, that the bill to create a Central Bank is never even brought to the floor for a vote.

A few cosmetic changes are made to the old Aldrich Bill and the bill is renamed ‘The Federal Reserve Act’. Congressman Lindbergh is not fooled:

“This is the Aldrich Bill in disguise ….This Act establishes the most gigantic trust on earth. When the President signs this bill, the invisible government by the Monetary Power will be legalized. The people may not know it immediately, but the day of reckoning is only a few years removed. The worst legislative crime of the ages is perpetrated by this banking bill.”

.The bill passes anyway, on December 23rd, after many Senators and Congressmen had left town for Christmas Break! Puppet President Woodrow Wilson quickly signs it — creating the privately-owned personal-profit-motivated Federal Reserve System. Weeks earlier, Wilson, after the necessary states had ratified the Constitutional Amendment establishing an Income Tax — needed to pay for wars and for interest (profits) to the bankers after they set up their Central Bank — had already enacted the new tax law.

The counterfeiting, insider-trading, loan-sharking, Globalist Money Masters were now in control of America, and most of the world – and have been ever since.

(And these people have the temerity to suggest income tax avoiders are the criminals…!)