Making Money Online Will Soon be a Necessity…

Making Money Online Will Soon be a Necessity… 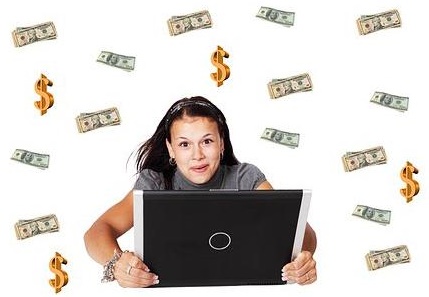 In the fast changing world making money Online is soon not going to be just a dream
it’s going to be a necessity!

You do not need me to tell you about mobile phones… The world that is not on the
Internet is passing most mobile phone users by. Everywhere – and in every situation
the majority of people you see have their noses buried in their phones.
This is what the world is becoming.

That this is a deliberately contrived situation is beyond doubt. People living their lives,
and being distracted, on the Internet, is great for the Controlling Cabal.

While everyone is distracted they can Chem-trail the skies, and manipulate governments,
and create terrorism, and subtlety and surreptitiously use their mainstream Online media
to indoctrinate the masses into group-think, and non-thinking opinion.

Unfortunately – until enough people ‘wake-up’ to this situation and realise they are
being constantly dumbed down and manipulated to the Controller’s will, we just have
to live our lives and go along with this situation as it is.

So, to ignore the Internet as a way of earning money is a very short-term, and a very
naive, view-point.

IA – Artificial Intelligence (robots) is gradually being introduced more and more to
take over ever more tasks that humans have previously been employed to do.
This will not stop, I assure you (not until a dramatic change in world consciousness
anyway) and obviously there will be more and more unemployment as a result.
Basically modern life has become nothing more than the exchange of money.

To me this is a Soul-destroying situation. Money is the prime motivator of virtually
every facet of human existence. Buy something and sell at a profit. Consumerism
has become the religion of far too many people.
But, this is what we have been forced to deal with – so, we just have to deal with it…
as best we can! Unfortunately earning money Online is not easy

The Internet is a minefield of sleazy scammers and money-grubbing liars, and
conscience-less cheats, and of hype and false claims, and value-less information
sold for ridiculous over-inflated prices. Remember money is KING Online – and
people will do anything, and go to any lengths to get some of it (lots of it)

However, there are also many legitimate people and businesses – who do offer
integrity and value Online…but, finding these among the sewage is the challenge.

It is a crying shame – and I continually bemoan the fact that humanity has been
forced into the situation where money is (as a necessity) seen as being more
important than basic integrity honesty and empathy.

So, what can you do? Give up on the whole idea of trying to make money Online?
For the short-term you might be in a position to do that…But, how safe is your
current employment? How satisfying is it? How financially rewarding is it?
Is it not worth, at least a try – to use the Internet to earn money, perhaps even a living?
Perhaps even a good living? It WILL involve some risk – and, of course it will also
involve some work – but, the potential rewards are definitely worth a try.

So, I have taken the risk out of making money Online and I can introduce you to several
Online business opportunities, that in my opinion are honest and trustworthy
and potentially very lucrative…