The world is in a mess but there is hope!

The world is in a mess but there is hope! 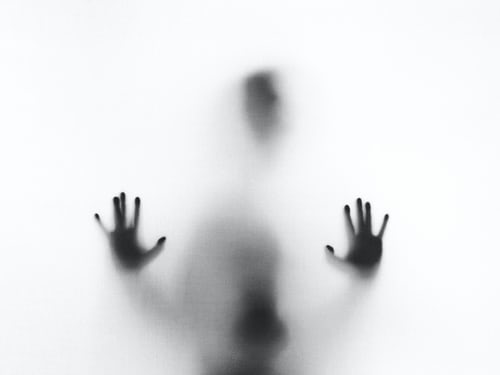 Working together we can make a positive change.

Clearly the world is in a mess. Anyone – everyone, can see that! The question is why? Why is everything always so negative? Who is actually creating all this strife? 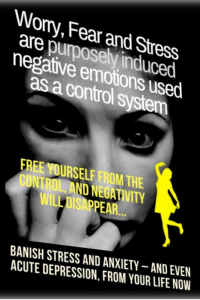 Where the atmosphere is not under constant threat from pollution and radiation. It is NOT threatened by so-called ‘climate change’! Which IS a hoax.

Where doctors actually care about preserving health and taught how to do it properly, naturally. Instead of just concerning themselves with profits.

Where ‘life’ (all life) is precious, above all other things. In a clean, safe and bountiful world without avarice and greed and the need to control. A world full of love and appreciation for everything in it. In short – in a world without the evil, demonic, control system along their empathy lacking hybrid-human puppets (presidents and government ministers).

Of course, I am not alone in this. Every human Human surely would want the same thing. So why can it not be?

The world IS in a mess because it is under the tight control of a demonic minority.

Why is the world is in a mess? Because there are a tiny, tiny few ‘people’ in positions of self-induced power that totally dominate and control everything on Earth. Due to the power afforded to them by their control of money.

There are more than 7 billion Humans in the world, who, given any choice, would rebel against these ‘controllers’ in an instant. So why has it not happened? Of course, because of ignorance and mind-control. The vast majority of Humans have no idea what is really going on in the world. They have no clue that they are slaves and are completely under-the-thumb of hybrid/human masters. They know (most of them) that the world is totally shite. However, they have no clue that they actually hold the power to change their lives and the whole world for the better.

Past events like the hoax ‘pandemic’ clearly show the extent that people can be manipulated by fear. Propagated by all mainstream media, to do the compliant bidding of their control masters. 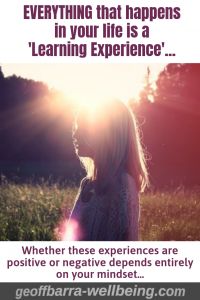 Most people are just going merrily (I doubt that) about their own little existence, waiting for the next problem they have to face. Or for the next episode of “Walking Dead” (how ironic) to watch. It is not their fault (not your fault) that they (and you?) are completely ignorant of the real state of affairs in the world.

They, like you, just accept that what they (you) see is all there is. For most people this is just the way it is. There is nothing to counter all the ‘crap’ in the world.

The world is in a mess and being ‘awake’ will help to improve it.

But there is a lot we can do, just by being ‘awake’. Realising and recognising, and accepting, that we are being controlled, will make a dramatic contribution towards the solution. The annihilation of the Demonic influence. They cannot do anything to stop you ‘waking up’. Nor can they have as much power over you, when you know what they are doing.

As powerful as the control system and their puppets are, they would be no match for the combined force of the Human Race working together in harmony against them. However, until this happens – and it will eventually, we have to get through life best we can. The world is a mess and we have to deal with it.

The problem is that before things on Earth get better they are going to get a lot, worse. As the Elite cabal race towards total control of the world. And the “New World Order” and the reduction of the population (The Agenda for 2030)  gains ever-faster momentum. There will be no let-up in the amount of death and destruction causing (manufactured) ‘Terrorist’ wars fought around the world.

Regardless of well-meaning but completely futile rallies and protest marches, questioning why the world is in a mess. There will be no up-turn in the economy. No end to all the ‘austerity’ programs that are in force in most countries. There will only be ever more debt. nor any let-up of airliners going ‘missing’ and other ‘false flag’ events such ‘corona virus’ etc. There will be ever accelerating intrusive ‘security‘ (ha) surveillance and ever increasing fines for whatever idiotic offence ‘the ruling Elite’ decide to enforce as a further means of control and wealth transference. 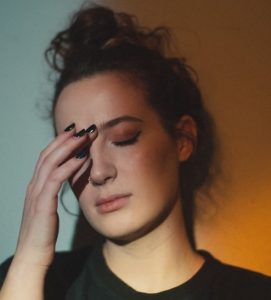 Too much money always equates to power and control over others.

The transfer of wealth from the already poor to the already mega-rich will continue, at an even faster rate. Giving the Elite even greater wealth (power and control). In 2015 I predicted… ‘There are plans for another currency collapse. Perhaps even greater than the one in 2008. When the money ‘bail-outs’ paid by their own puppet governments of the world (taxes, paid by you and me) to the private, Rothschild owned banks, (who caused the crash) were mind-blowing and obscene’.

The ‘New World Order’ – a single government, not elected of course. With a single digital currency (no cash) a single (enforced) ‘religion’. A single army and a single law enforcement agency to rule (dominate) the whole world. The idea of a digital currency may seem a good one. You have a micro-chip (already developed) injected into your arm or wrist. Then for everything you buy your arm is simply scanned. Like a debit card at a store, the payment debited from your account.

Great, no money for people to steal from you, no card to lose etc. a good idea. Whoa, wait a minute, think about this. The only way you can buy anything, including food, is by an electrical signal controlled by the ‘bank’ – the ruling Elite who own all the banks.

If you do anything to ‘step-out-of-line’, no matter how minor, the signal is very easy to switch off. Then you have no means at all to buy your water or your food. Microchip, yes, a great idea – for even more control over the, by then, vastly reduced population.

The world is in a mess because of the New World Order.

In this ‘New World Order’, if it ever came about (we can stop it) there would be just two classes of people. The mega-rich Elite few living in a ‘Disney World’ Utopia with armed (likely Robots – or at least ‘Robotic’ mind-controlled) ‘people’ to safeguard them. And the ultra-poor, you and me, live in little more than high-rise ghettos. They will control and restrict everything in life. Just like life projected in the movie ‘Hunger Games’.

I do not often swear without emotional provocation – however, it would take a Saint (and I do not profess to be one) not to use profanity when tackling issues concerning the absolute disdain for humanity that has been, and is ever being, shown for everyone else in the world, by the ruling Cabal. 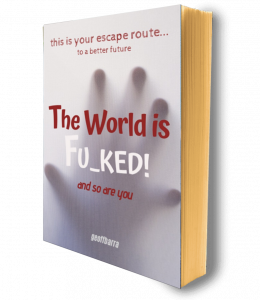 Knowing – and reacting to, what is really going on, under your nose, is your only way to mitigate against the gravely harmful effects of being under dominance, and being manipulated into a Reality that severely limits every aspect of your life.

If you want a fulfilled life of ALL’ possibilities’ and to escape from debt and drudgery and the invidious control that pervades everyday life – I can show you how you can gain the power to change your own Reality to whatever you want.

This UNIQUE book will open your eyes to many of the hidden, in plain view, control measures that are shortening your life and ensuring your future (highly profitable) ill-health.

If you are ignorant of something that has seriously negative effects on you – you are a victim. However, true knowledge is a powerful ally and will stop you from being merely the unwitting dupe of the evil profit-makers who control the world.